Enterprise data show that there are currently 360,000 auto parts-related enterprises in China, and the number of newly registered enterprises reached 61,000 in 2019, with a total of 51,000 new enterprises in the first eight months of this year, an increase of 32.1% year-on-year, of which the average monthly registration since April exceeded 8,200. From the regional distribution, Jiangsu Province ranked first with 54,000 enterprises, Zhejiang and Shandong ranked second and third with 38,000 and 32,000 respectively. 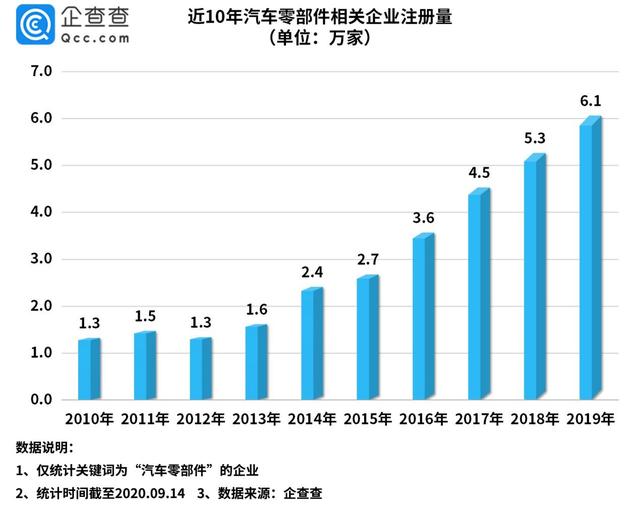 Since the beginning of this year, the impact of the worldwide epidemic has brought some impact on the auto parts industry. Enterprise data show that in February, the relevant enterprise registration volume hit the bottom, only 1,400, a decline of 57%. With the effective control of the domestic epidemic, the car market began to gradually recover, the auto parts business market also showed a rebound, March related business registration amounted to 7,000, up 401%, April-August related business registration amounted to 8,200. Overall, a total of 51,000 new enterprises in the first eight months, an increase of 32.1% year-on-year. 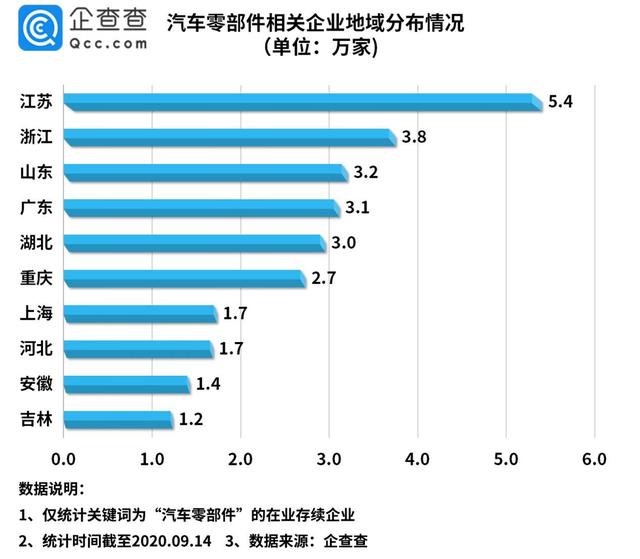 From the perspective of geographical distribution, enterprise data show that Jiangsu Province has the largest number of auto parts-related enterprises in the country, amounting to 54,000, accounting for 15.2% of the national total; Zhejiang Province and Shandong Province ranked second and third with 38,000 and 32,000 respectively.